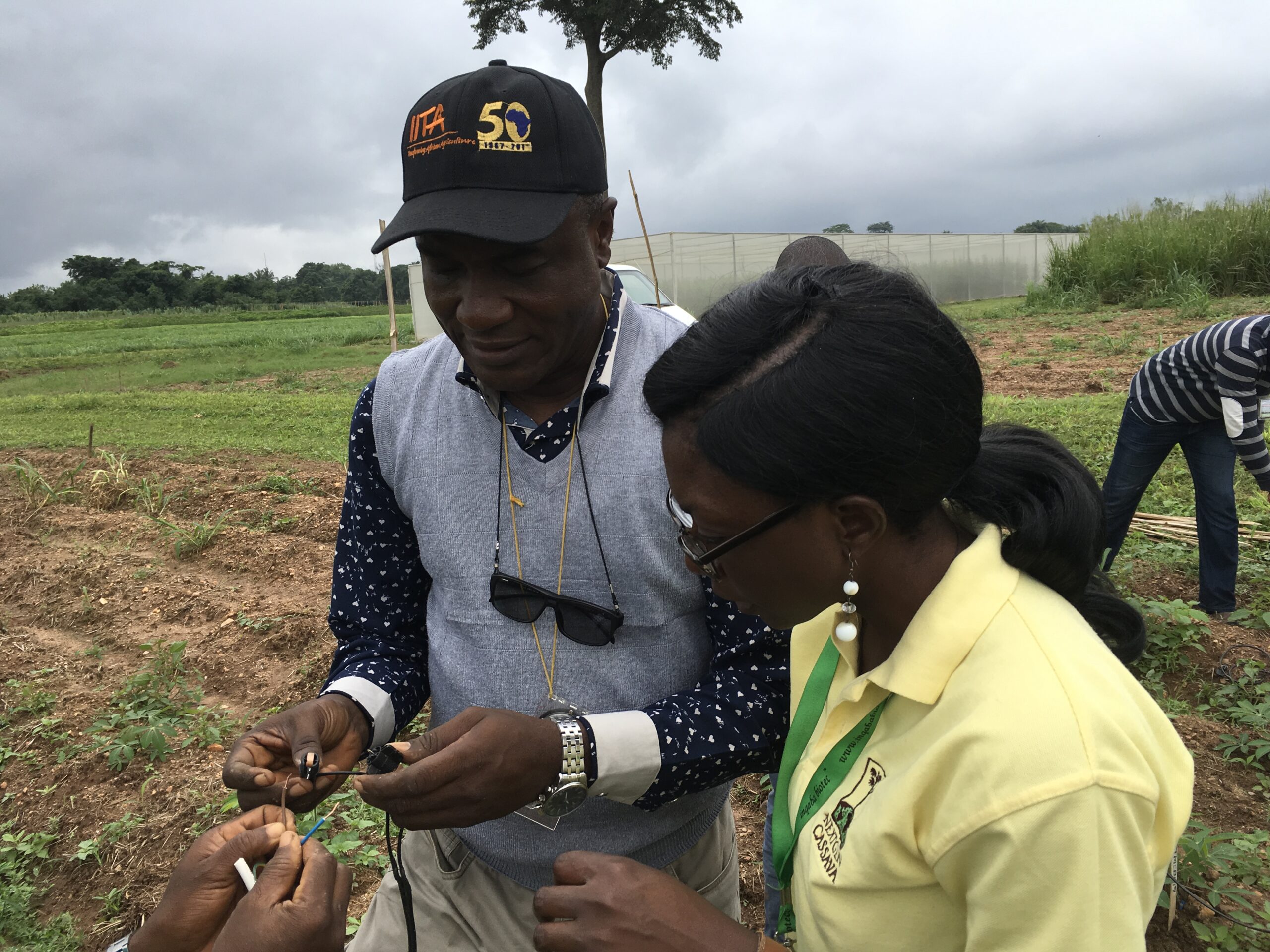 A tropical root-crop that is a daily staple food to hundreds of millions of people in Africa and increasingly being used by small-holder farmers in commercial production, cassava has historically been difficult for plant breeders to improve in part because of delayed and poor production of flowers. The new studies funded by the NextGen Cassava project and led by scientists at Cornell University and the International Institute of Tropical Agriculture provide plant breeders with potential best practices to overcome poor (particularly low numbers of female flowers) or delayed flower production.

The lead authors on both papers are Deborah Oluwasanya, Ph.D ‘20 and Tim Setter, professor of soil and crop science in Cornell’s School of Integrative Plant Science.

“Rigorous scientific research into cassava is helping to optimize production in Africa and better ensure a food-secure future,” said Chiedozie Egesi, director of NextGen Cassava, adjunct professor in the Department of Global Development and senior scientist at IITA. “These studies into cassava flowering open new insights to improve the lives and livelihoods of Africa’s farmers.”

The first study, published May 21 in Frontiers in Plant Science, aims to better understand the factors regulating cassava flowering and its low ratio of female to male flowers. The natural tendency is for cassava to produce several more males than females whereas for breeding to be effective, more females are required as they become seeds bearing improved traits from breeding. Combinations of plant growth substances and pruning treatments were examined for their effectiveness in improving flower production. Through various trials, a three-input combination was eventually found to promote flowering with an increased ratio of female to male flowers.

“We saw an additive effect when treatments are layered upon each, providing new insights into how cassava production can be increased,” said Oluwasanya. “Our findings give clear direction, which is not always the case in science.”

The second study, published July 21 in PLOS One, examined the effects of delayed flowering on breeding cycles. Longer breeding cycles mean delays in bringing improved varieties to smallholder farmers, many of whom depend on cassava for food security.

To determine optimal conditions that encourage flower induction, the authors compared early flowering cassava against late flowering cassava at two field locations in Nigeria: one in Ibadan and another in Ubiaja, both in southern Nigeria. The researchers simultaneously tested different controlled temperature conditions, ranging from 22-34˚ C (74-93˚ F) daytime temperatures and 18 – 30˚ C (66-90˚ F) nighttime temperatures. While the early flowering varieties flowered at similar times and rates under all growing conditions, late flowering genotypes were environmentally sensitive such that they were substantially delayed at warmer temperatures under controlled conditions and at the Ibadan field site, previously known to be a more challenging environment with respect to flowering.

Even though the studies were independent of each other, researchers noted a plant gene called TEMPRANILLO1 (TEM1) in each study that had the lowest expression levels in treatments that improved cassava flowering. This was true with the pruning+STS+BA combination that boosted female flower numbers and cool temperature and Ubiaja field sites where cassava flowering was the earliest. These studies represent the first report of a possible significant role TEM1 plays in cassava flower development.

“Previously the conversation in cassava flowering has been about ‘early’ versus ‘late’ lines, but from our study, I think we can modify the narrative to consider lines as either environmentally insensitive or sensitive,” said Oluwasanya. “Hopefully, these studies can be useful in exploring more deeply the effects of the TEM1 gene on cassava flowering.”

The results advance understanding of factors that regulate flowering in cassava and are potentially valuable in managing genotypes and environmental conditions in breeding programs.

“Much of this important work came from Deborah’s Ph.D. research and it has the potential to greatly assist cassava improvement in Nigeria and neighboring regions,” Setter said. “It is also emblematic of Cornell’s mission of global impact.”