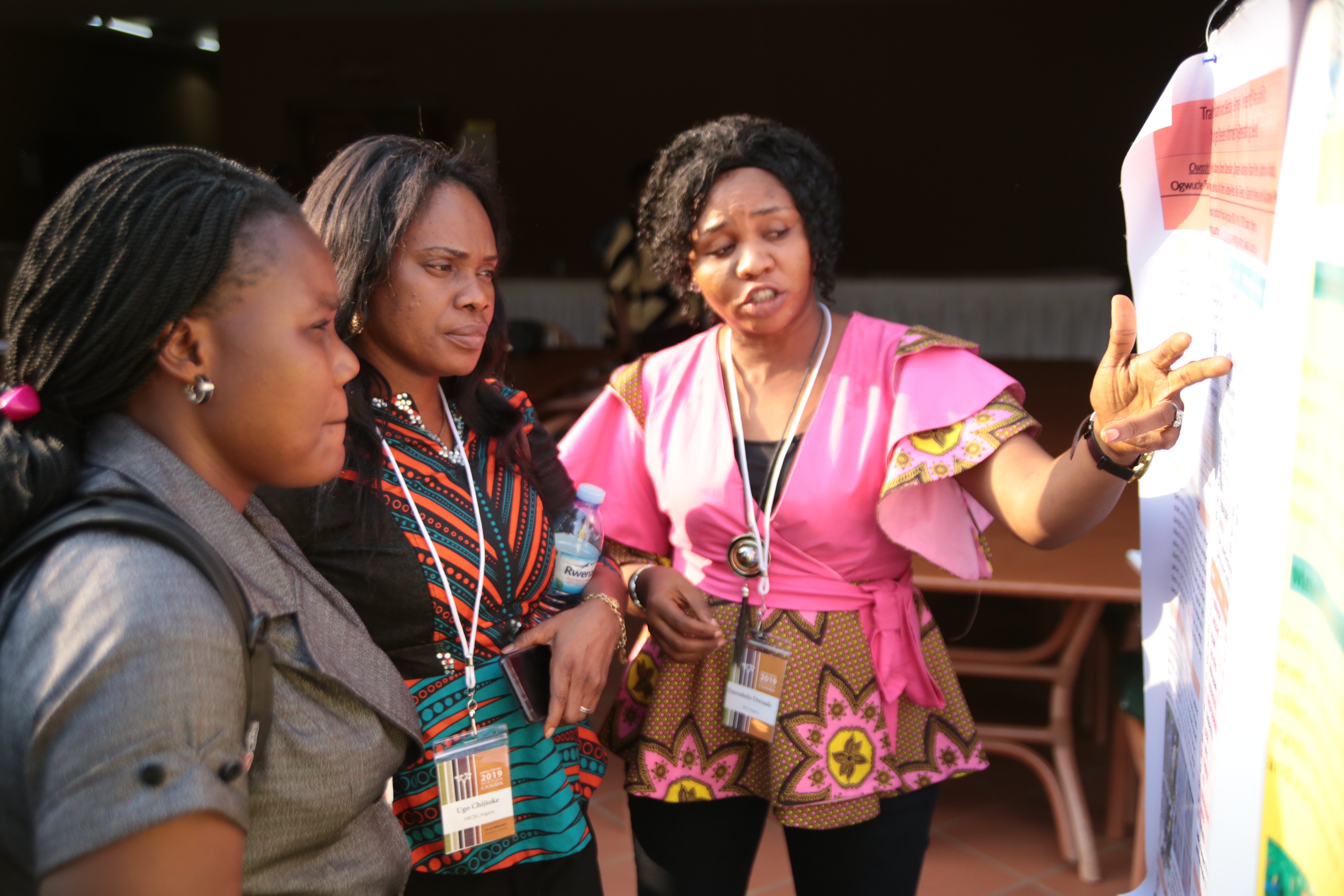 An ‘orphan crop’ comes into its own: International cassava experts convene in Uganda

KAMPALA, UGANDA – Cassava is a staple crop consumed by millions of Africans, but the future of this hardy root is threated by disease. Until recently, it was a crop that received relatively little research compared to cash crops like wheat and maize — a so-called ‘orphan crop.’ Recently, more research has been devoted to improving cassava. This week, about 100 cassava breeders, gender experts, food scientists and [plant scientists] from around the world will meet in Kampala to share updates on their efforts to bringing better cassava varieties to consumers.

From February 18-22 2019, the Next Generation Cassava Breeding (NextGen Cassava) project will hold its 7th annual meeting at the Speke Resort Munyonyo in Kampala. Led by International Programs at Cornell University’s College of Agriculture and Life Sciences (IP-CALS), NextGen Cassava is an initiative to unlock the full potential of cassava and deliver improved varieties to smallholder farmers in sub-Saharan Africa.

The National Crops Resources Research Institute (NaCRRI), under the authority of the National Agricultural Research Organization (NARO) of Uganda, has been a partner of the project since its inception. Despite the importance of cassava to the country’s food security, the crop has long been threatened by the presence of cassava mosaic disease and the cassava brown streak virus. Without intervention, these pathogens are capable of completely devastating farmer’s fields and leaving them with nothing to harvest.

“Participating in NextGen Cassava has significantly benefitted Uganda and NaCRRI,” said Robert Kawuki, cassava breeder at NARO and country lead for NextGen Cassava. “For the first time, we have developed and identified elite cassava varieties to be grown in West Nile region of Uganda. We have now integrated gender considerations into our variety development, testing and selection process. By improving the organization and focus of our cassava breeding program and learning to use new tools, we have been able to establish a variety replacement strategy more responsive to society’s needs.”

NextGen researchers have harnessed a variety of new breeding technologies to rapidly identify and breed varieties that can both withstand the onslaught of these diseases while matching the preferences and needs of those who consume it. By deploying the technique of genomic selection — a tool that allows plant breeders to select the most promising lines without having to wait for individual plants to grow to full maturity — they have shortened the total breeding cycle for a new variety from 8-10 years to 5-6 years. This, along with improved protocols for flowering and multiplication of planting material developed by the project, will allow new varieties to reach farmers’ fields much sooner. In addition to maintaining Cassavabase, an open source database that helps breeders manage information about field trials, researchers are testing how to measure cassava root quality and other physical characteristics with new methods, including the use of near infrared spectroscopy and machine learning.

NextGen Cassava is also expanding its efforts to help cassava breeders better understand the populations they serve. “We have spent the past year piloting new methods to capture preferences of smallholder cassava farmers that can be translated into actionable breeding targets,” said Hale Ann Tufan, a lead scientist in the project. “In the coming year we will scale these out to generate data useful for breeders and build feedback loops that bring the voices of men and women back to breeding programs.”

Chiedozie Egesi, project manager of NextGen Cassava, believes the project’s success is due to the strong support it has received from local and international partners during the first phase.

“To take on the challenge of improving a crop like cassava, we need to prepare our tools well. In the first five years of the project, we were able to do this. For the second phase of the project, we must work equally hard to deliver the results of our efforts to farmers,” Egesi said.

“I am happy that in my lifetime, I have witnessed the inclusive nature of science,” Kawuki said. “This project has provided a platform for enhanced and meaningful collaboration among many national, academic, and international groups to focus on cassava for the benefit of societies that primarily depend on this crop.”

Other notable guests in attendance during the opening ceremony on February 18 are the State Minister for Agriculture, Hon. Christopher Kibazaanga, and the Director General of NARO, Ambrose Agona.

In Uganda, a special initiative for biotechnology and biosafety education is implemented by the Uganda Biosciences Information Center (UBIC). In Phase II, UBIC shall continue to carry out niche communication and outreach activities for the project. UBIC aims to facilitate informed decision making by enhancing understanding of agricultural biotechnology, as well as contribute to establishing a functional biosafety regulatory system.

NextGen Cassava is currently in the second year of a $35M grant from the Bill & Melinda Gates Foundation and UKaid from the United Kingdom. In addition to Cornell University and NaCRRI, NextGen Cassava partners with the International Institute of Tropical Agriculture, the National Root Crops Research Institute in Nigeria; the West Africa Centre for Crop Improvement in Ghana; the National Crops Resources Research Institute and Makerere University in Uganda; the Tanzania Agricultural Research Institute; Embrapa in Brazil and the International Center for Tropical Agriculture in Colombia. In the US, other collaborators are the Boyce Thompson Institute at Cornell, the University of Hawaii, and the USDA-ARS in Ithaca.